NaturalShrimp is testing the effects of hyper-antioxidant technologies on oxidation and fish health in Recirculating Aquaculture Systems (RAS) at the Marineholmen RASLab, in Bergen, Norway.

The technologies being tested create antioxidant environments that reduce the redox reaction in fish gills and counteract fish susceptibility to the harmful effects of ammonia. NaturalShrimp funded the RASLab research through its market development partnership with Hydrenesis, which was the exclusive commercialization agent for the technologies in the aquaculture market.

The focus of the study is specifically on freshwater salmon production and, if proven as effective as the pre-study data has indicated, the technologies could enable NaturalShrimp to enter markets including salmon, barramundi, and other freshwater fish.

“An initial trial was performed with RASLab (Norway) to investigate the effects of negative ORP environment on Atlantic salmon smolt,” said Christine Huynh, DVM aquatic species consultant for Natural Shrimp. “Fish grown in Hydrogas had significantly improved welfare scores, fewer inflammatory gill lesions and reduced early maturation. These early results are promising, and our intention is to explore the production, health and welfare effects further. The technology could potentially enhance the welfare and condition of Atlantic salmon in RAS.”

Marineholmen RASLab’s CEO, Mark Powell, said that “it appeared from the studies we conducted at RASLab that the injection of Hydrogas had no negative impact on water quality in RAS or on Atlantic salmon performance in fresh or brackish saltwater. Moreover, welfare indicators showed that there was a marked improvement in the external fish welfare characteristics and appearance of gill health of fish exposed to Hydrogas compared with control fish. We are looking forward to further exploring the beneficial effects in follow-up work with Natural Aquatic Systems.”

David Antelo, CEO of Hydrenesis, added that “this trial represents an important step toward introducing HydroGas technology into the salmon industry. These initial results indicate potential applications not only for salmon but also for additional species of finfish. Natural Aquatic Systems and Hydrenesis are focused on expanding these early findings to demonstrate higher welfare scores and increased growth rates. Validation in these key metrics would open immediate paths to licensing EC and Hydrogas technologies on a global scale.” 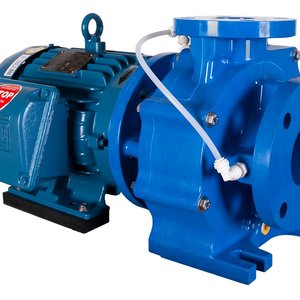 MDM, Trome partner for distribution of pumps in Europe 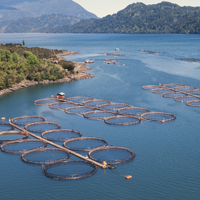 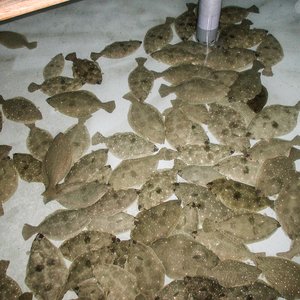