“Since we started construction back in May 2020, this is the moment that we all have been waiting for. I am extremely proud of our organization and the fact that we have been able to adhere to our ambitious timeline, even with the challenges we faced during the pandemic,” said Håkon André Berg, CEO of Salmon Evolution.

About 100,000 smolts were released with an average weight of around 300 grams. Smolts were supplied by Kraft Laks, Salmon Evolution’s in-house smolt facility acquired in August 2021 and well known for its long track record in providing first-class smolt to Norwegian salmon farmers.

The smolt transportation from Kraft Laks to Indre Harøy was carried out with a live fish carrier after fish were carefully pumped into the first fish tank at Indre Harøy. All relevant fish health parameters were constantly monitored during the process with no negative indicators identified, the company said.

“Following the positive confirmation of the fish transfer process and a customary short adaption period for the fish, initial feeding commenced. The company is pleased to see that the conditions on the farm have been stable, fish have shown a good appetite and have had behavior in line with expectations,” the company said.

This major milestone is the result of a thorough testing and commissioning phase that started last December and is now culminating with having taken the first part of the facility into operation.

Over the coming months, Salmon Evolution will gradually ramp up production at Indre Harøy with the next release of smolt planned in May. Steady-state smolt release volumes are expected from Q4 2022, where at the same time both completion of phase 1 and the first harvest are expected.

Salmon Evolution signed a long-term partnership with ReelData to provide them with their ReelAppetite feeding software. This partnership will help Salmon Evolution autonomize its feeding process, resulting in a significant reduction in wasted feed, increased consumption, and stabilized water quality.

Salmon Evolution has also announced partnerships with Imenco for camera manufacturing, and Cargill for feed production.

“Using artificial intelligence to make better decisions and make the feeding of our salmon autonomous has been high on the agenda for us since we established Salmon Evolution. We found a promising solution with ReelData`s technology and dedicated team of experts. The conditions in land-based farming form a basis for optimizing the appetite and fish welfare and enables us to be proactive to create the best possible conditions for our salmon to thrive in,” said. Ingjarl Skarvøy, COO of Salmon Evolution. 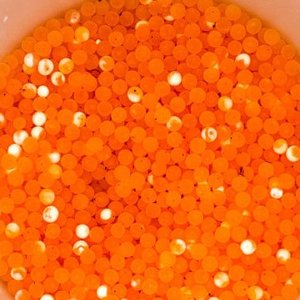 What's the best selection strategy for carcass yield in trout? 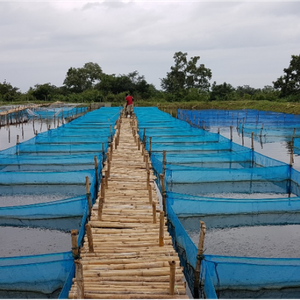