The company delivered two hatcheries and five RAS departments that will allow Salten Aqua group to increase smolt production from 400 tonnes to 1,200 tonnes.

Pure Salmon Kaldnes delivered a hatchery and RAS facilities for Salten Smolt in Breivik, Bodø. In 2019, the company signed a contract with Salten Smolt for the construction of a 9,000 square meter land-based fish farm. Salten Smolt, which is owned by Salten Aqua As, Wenberg Fiskeoppdrett AS and Edelfarm AS, already operates a smolt plant next door and a feeding plant in the neighboring municipality of Saltdal.

The Breivik project was procured with a total budget of NOK 600 million (USD 67 million), which is the largest investment ever for the Salten Aqua group. The production of smolt per year has now tripled from 400 tonnes to 1,200 tonnes.

Pure Salmon Kaldnes AS delivered two hatcheries and five RAS departments. After a successful start-up before Christmas followed by several egg and fry insertions around New Year, all departments are now in operation. A total of 5.5 million fry are currently swimming in the new facility.

“Pure Salmon Kaldnes not only delivered on time, but they actually delivered prior to the deadline. That is not necessarily a normal practice for our industry,” said Jarle Solemdal, CEO of the Salten Aqua group, who confirmed that the company may choose to collaborate with Pure Salmon Kaldnes on future projects. “We are constantly assessing opportunities to expand our operations and build new facilities, and Pure Salmon Kaldnes will naturally be a potential partner when the time comes.”

Senior project manager in Pure Salmon Kaldnes, Per Ivar Foshaug, said that this is one of the largest projects that the company has delivered with more than 80 people involved at most, among which 40 were directly involved in the RAS delivery of Pure Salmon Kaldnes.

“It has been a very exciting project to be part of. We have delivered a complete facility in beautiful wrapping with the building itself and its office department. These are two flow-through hatcheries and five RAS departments with complete over and underground piping systems, pumps with all technical equipment, including feeding systems, as well as an advanced automation system with SCADA fully implemented. It has been a project of unique collaboration from all parties, and it feels extremely good knowing it has been such a successful project in terms of delivery, quality, and economy,” said Foshaug. 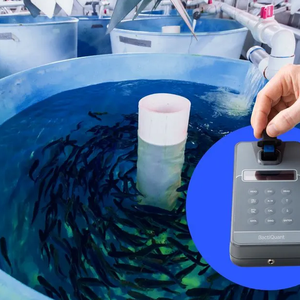 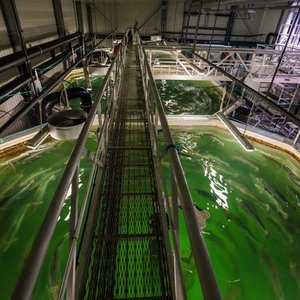