Researchers found that off-season eggs spawned in RAS facilities contained lower levels of B vitamins, amino acids and fats than naturally spawned eggs, suggesting that an adjustment in the diet, light and temperature can improve the egg maturation.

The Norwegian Institute of Marine Research and Aquagen compared salmon spawning out of their regular spawning season in a land-based RAS facility to salmon spawning in the regular spawning season. Normally, broodstock are kept in the sea and transferred to land-based freshwater facilities to spawn in the fall, simulating the natural travel of salmon. In contrast, broodstock can be kept in RAS facilities throughout the entire maturation period, so farmers can shift the spawning season from autumn to summer by controlling both light and temperature of the water. This is how they gain access to new generations of salmon throughout the year.

“Results showed that the broodstock that spawn off-season does not transfer enough nutrients to the eggs and that the maturation is not optimal to achieve good growth for the next generation,” said researcher Kaja H. Skjærven. “Fats and amino acids are used both as an energy source and for growth by forming new membranes and proteins and if the eggs have less of this, the fish larvae will also become smaller.”

The only difference in the experiment was the broodstock environment, which changed the nutritional content of the eggs and researchers suggest that they may need an improved feed to get the same maturation in the off-season than in the normal spawning season. Adjustments of feed, temperature and light will probably allow equally good maturation of off-season eggs.

Researchers are now investigating whether the differences in growth may be due to nutritional-based regulation of the genetic material, so-called epigenetic gene regulation mechanisms. That is if the nutritional status of the broodstock can affect how active the genes inherited from the parents are. 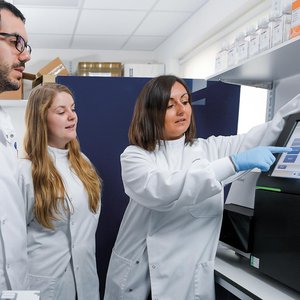